The Windows and Doors are In

After 6 long weeks of waiting for the windows and doors to arrive (and the rain to stop), they’re here. Windows and doors were installed this week along with a new roof over the back half of the house (the front half got the new roof earlier) and the beginning of the deck structure. Here are some updated pictures. 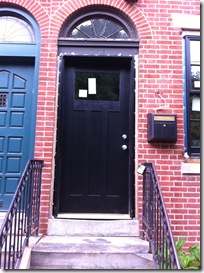 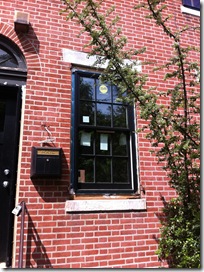 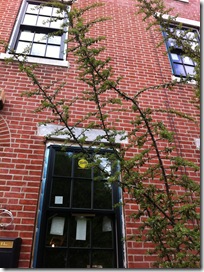 It’s nice to have a rather large window in the door to let light into the small vestibule. That along with the transom above will be sure to keep it feeling bright and airy. 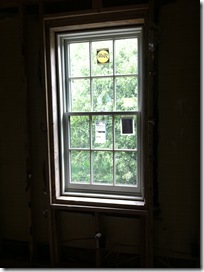 Interior shots of the front door, media room and guest bedroom windows. Very glad that the windows are in now instead of a later date.

The skylight that was located under the deck (yes. skylight. under a deck… ?) was sealed off, a new roof was installed and the deck structure was put up. 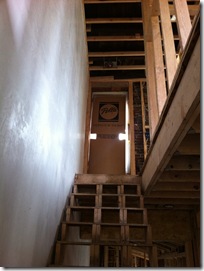 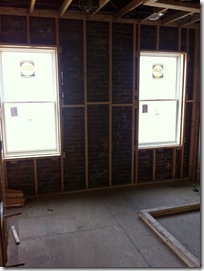 The new full light deck door on the third floor that leads out to the deck will keep that staircase bright all day. Two steps out to the deck were added on the inside of the house. Originally, the 2 steps were located outside of the house. This will keep the deck door above the roof’s level and will help prevent water from coming in during heavy rainstorms as it won’t accumulate at the bottom of the door. Lastly, a shot of the two new windows in the master bathroom.

Finally, on the way out, I noticed this perched on a “wall”—the house’s mascot of the week. It’s good to know that the workers are having fun while getting the job done. Isn’t that what it’s all about ? 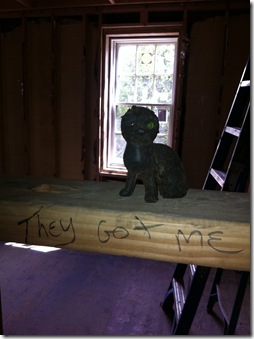 2 Responses to The Windows and Doors are In